Saturday 11th and Sunday 12th February 2017 saw the first ever national seminar and grading for the UKHGA held in the historic city of Edinburgh. 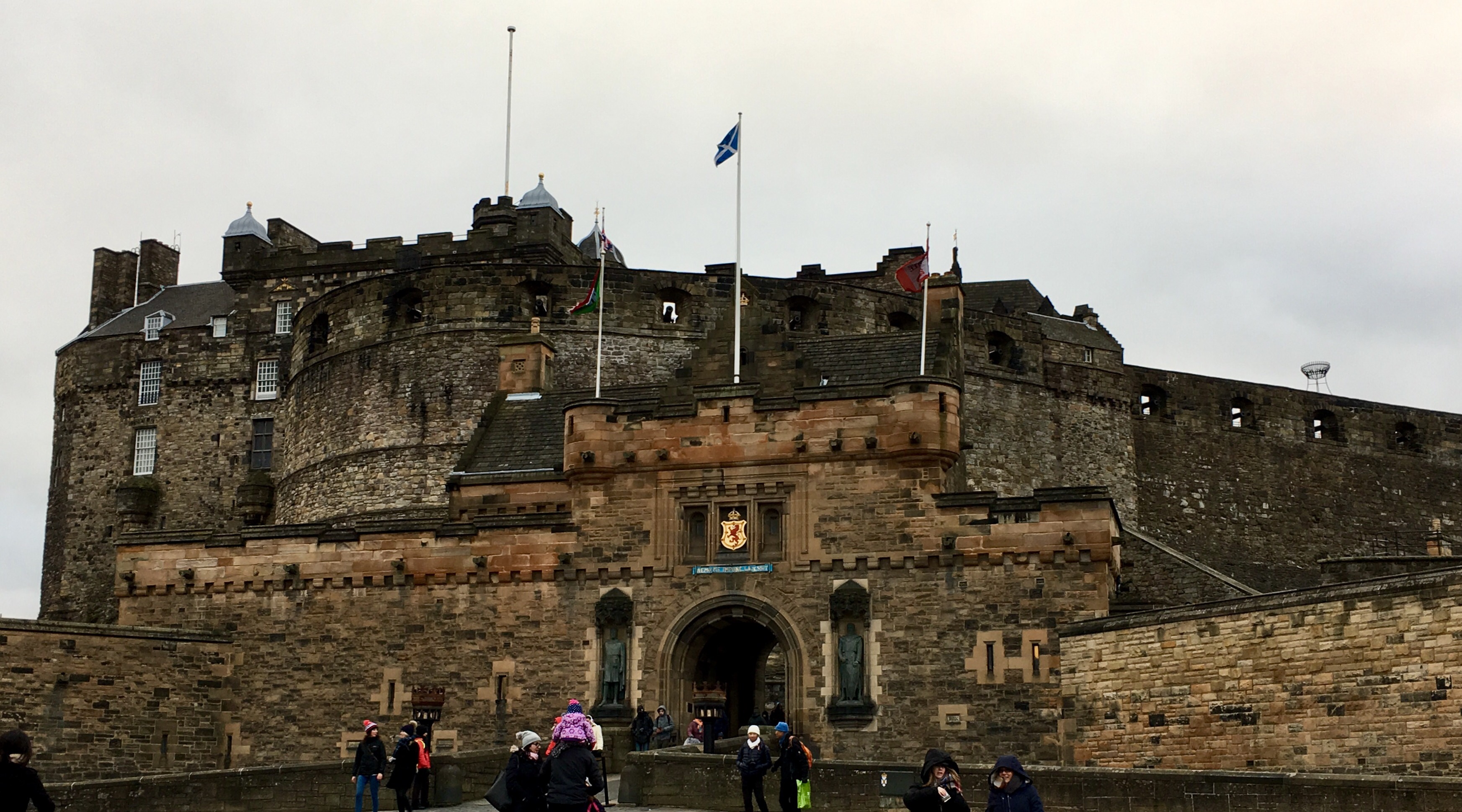 The event was hosted by the Hyun Mu Dojang based in Edinburgh and saw students and Instructors from Leicester, Cheltenham and Lincoln come together to attend this monumental occasion. 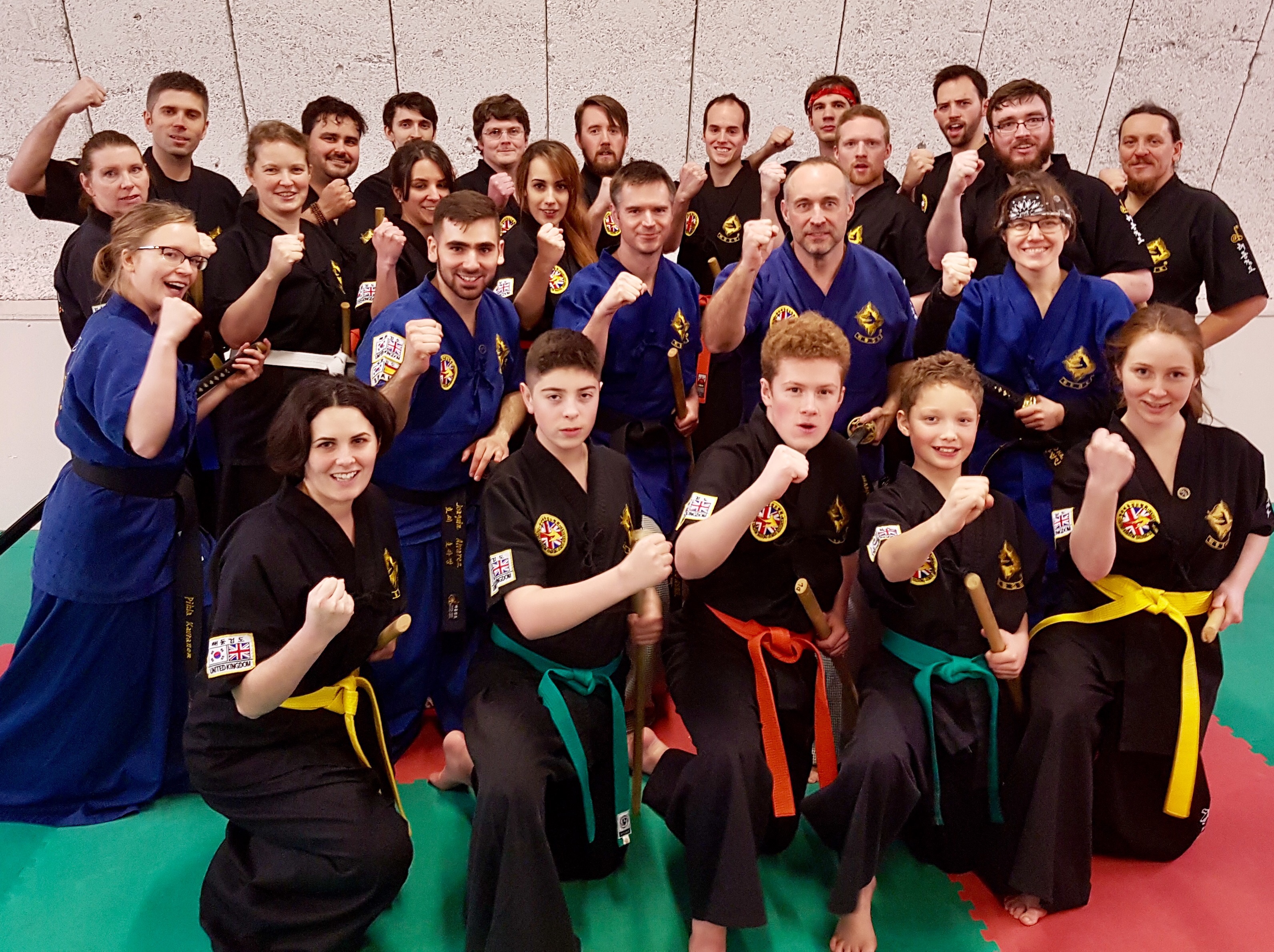 On Saturday Instructors and Students had the opportunity to train together and experience various techniques from the Haidong syllabus under the guidance of UK Head Instructor Harry Limer. 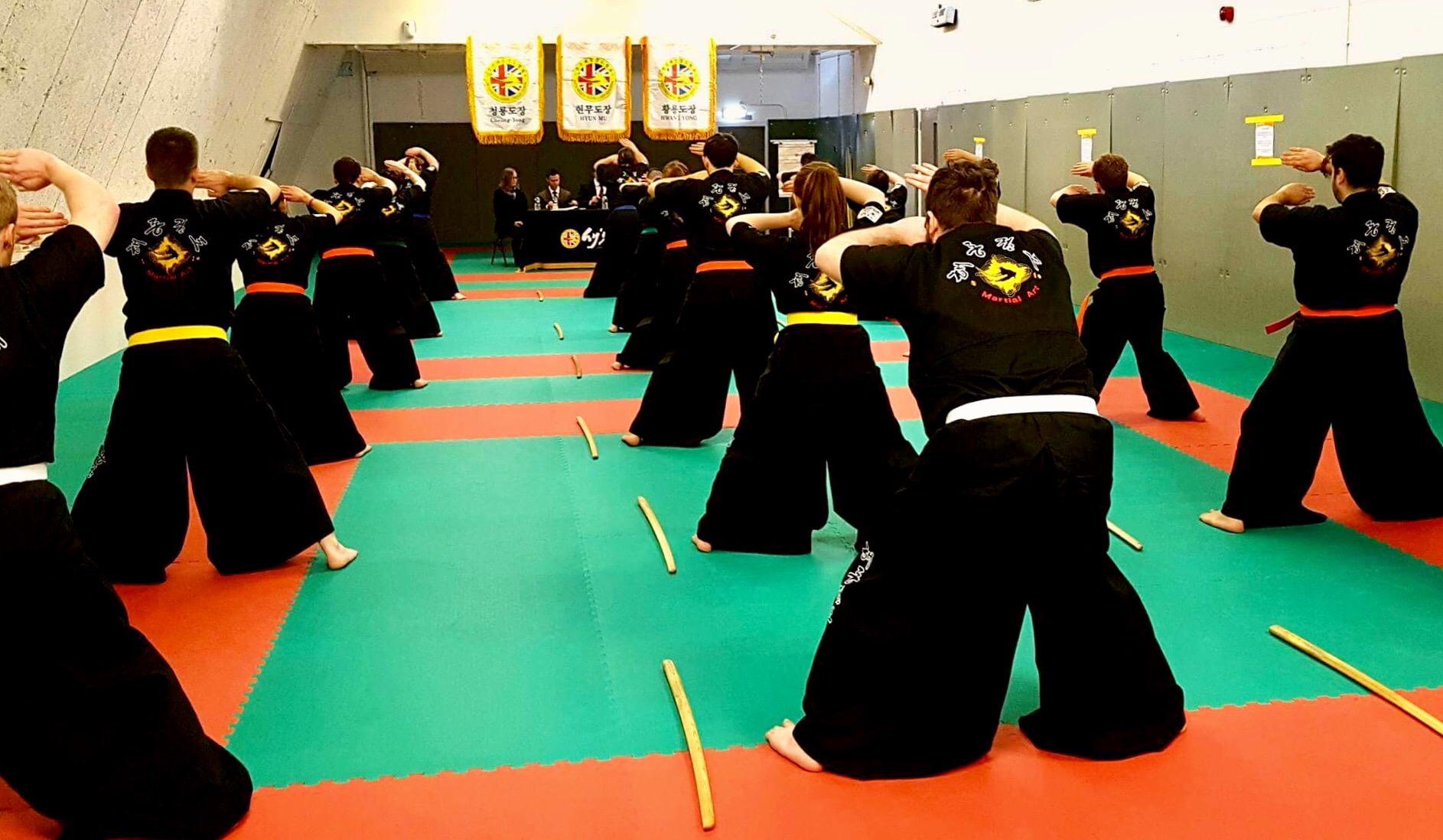 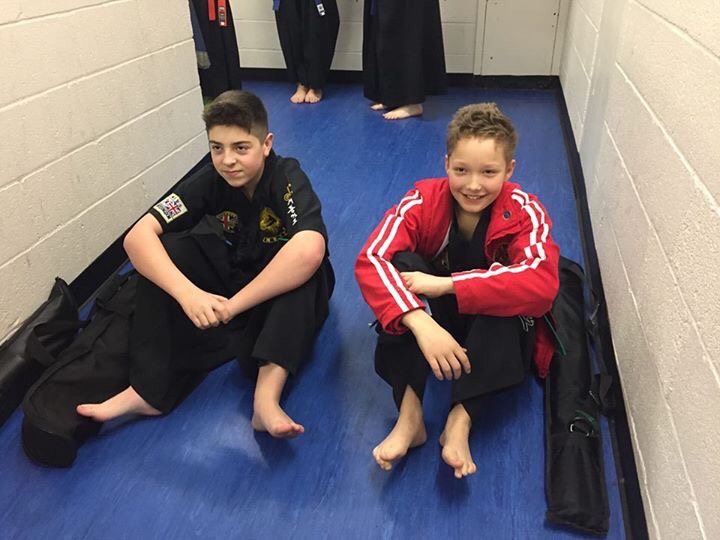 Matthew said, ‘We had our first grading with the Scottish team all achieving our own different levels, some going for their first belt and some going for their more advanced grades, I was going for my Blue belt. Personally I feel that I did quite well for my grading, being able to confidently complete all my forms.’

The weekend also saw Instructor Becky Jones presented with her Cheong Yong Dojang Licence and Instructor certificate. ‘Congratulations.’ Instructor Jones commented, ‘Cheong Yong was honored to attend the first ever UK Haidong Gumdo® training seminar and to have our first students take their first grading. As the newest school in the country, we were happy to have the chance to meet the other schools’ students and to get to know all the instructors and masters in the country. We look forward to our continued progress and growth and our next chance to come together as one united Haidong Gumdo®.’ 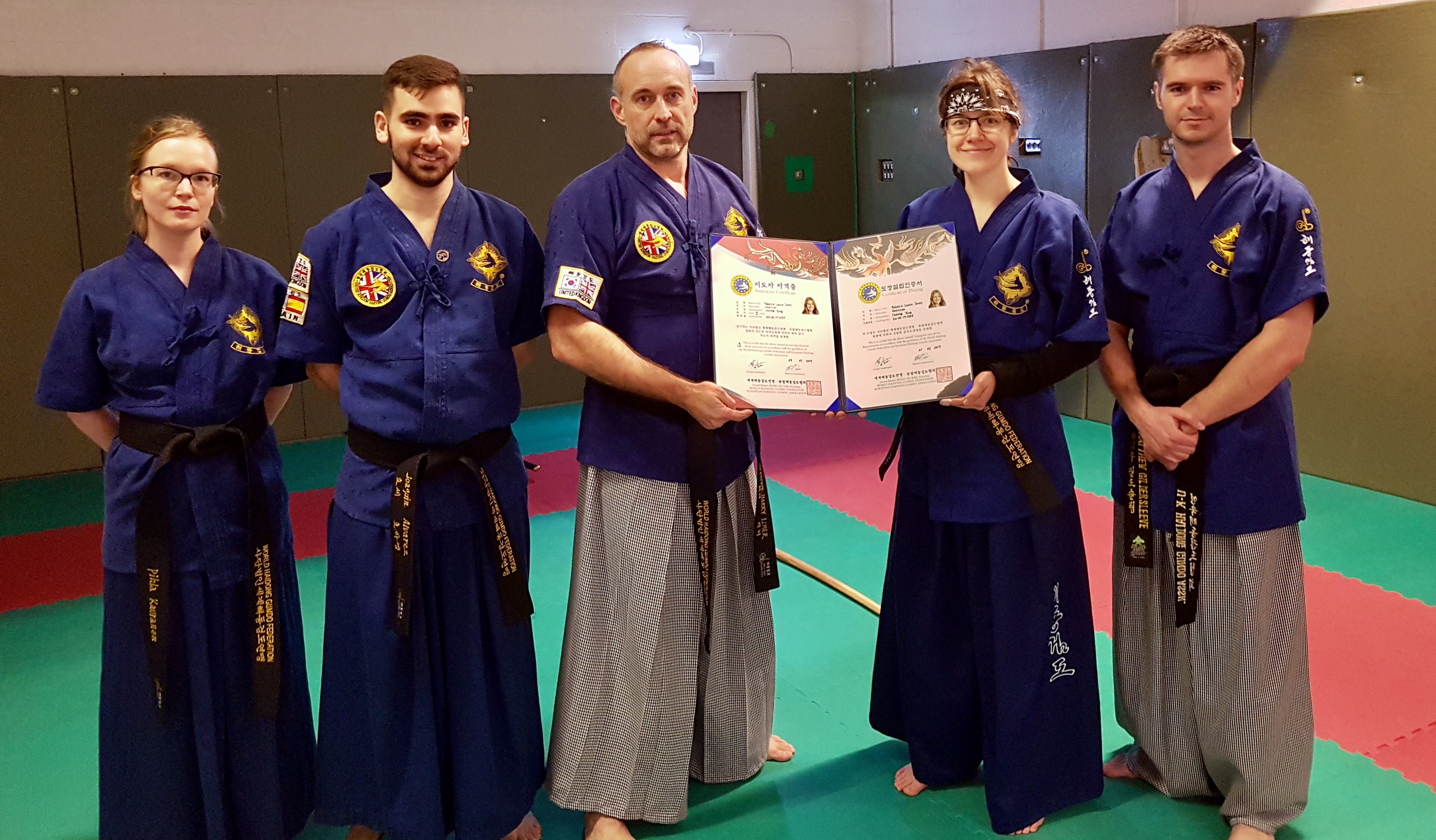 Instructor Gildersleeve seen here to the right and one of Head Master Han’s longest standing UK students said, ‘This weekend’s seminar and grading were a true milestone for the UK Haidong Gumdo® Association. Boasting instructors from around the UK and the rest of the world (UK HDGD has US, Spanish and Finish instructors on it’s books) it was a true pleasure to witness them all come together and train as one. The testing was encouraging to see – all dojangs succeeded in a 100% pass rate, a testament to both the instructors and their students. Congratulations! I am in no doubt there is more to come and that Master Han is proud of you all.’ 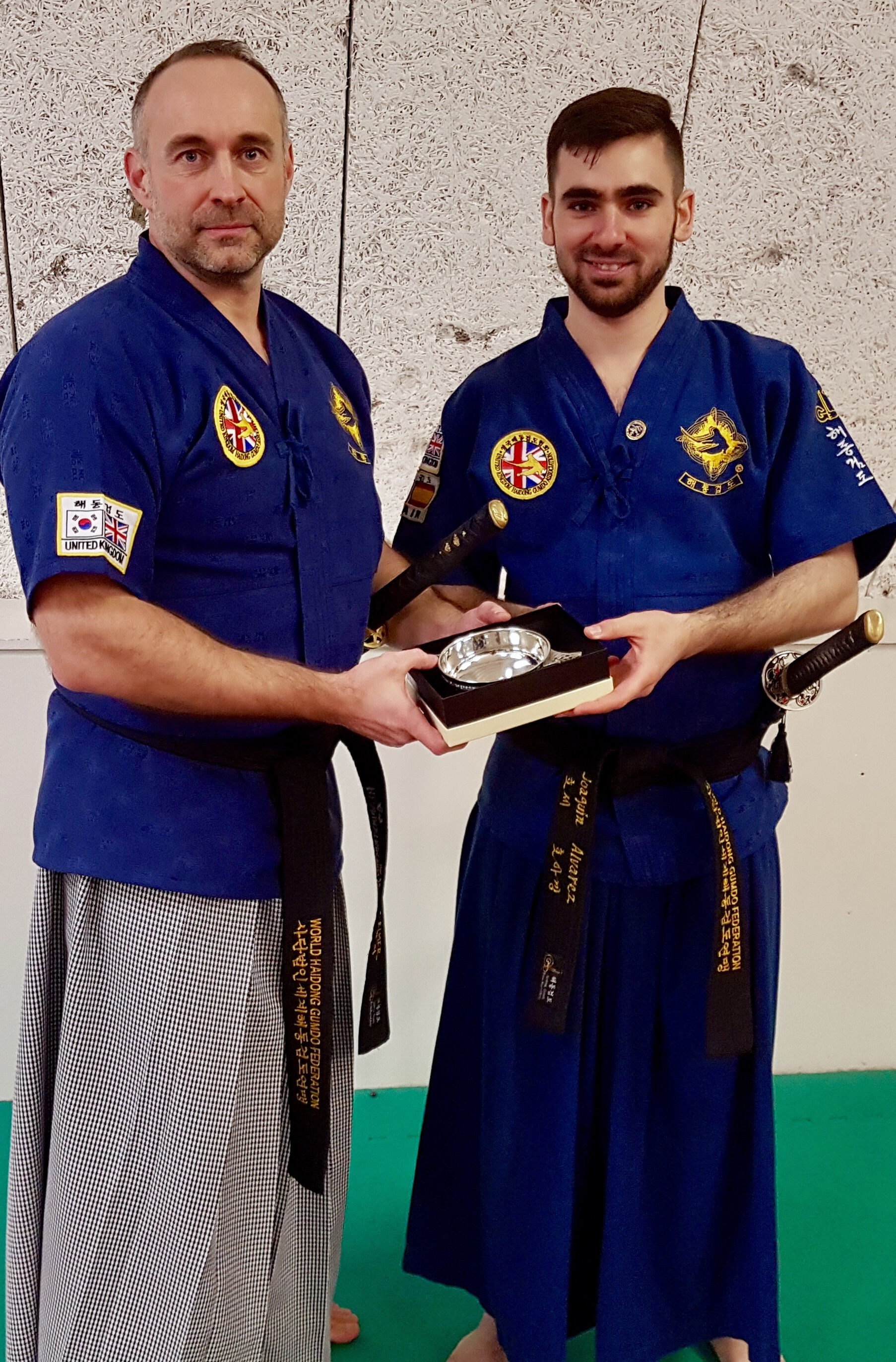 Traditionally the Quaich originates from the Highlands used as a ‘Cup of Welcome.’ This very kind gesture was extended to all from the UKHGA and an honour to receive.

Obviously it wouldn’t be one Haidong without us all coming together at the end to share a meal together. 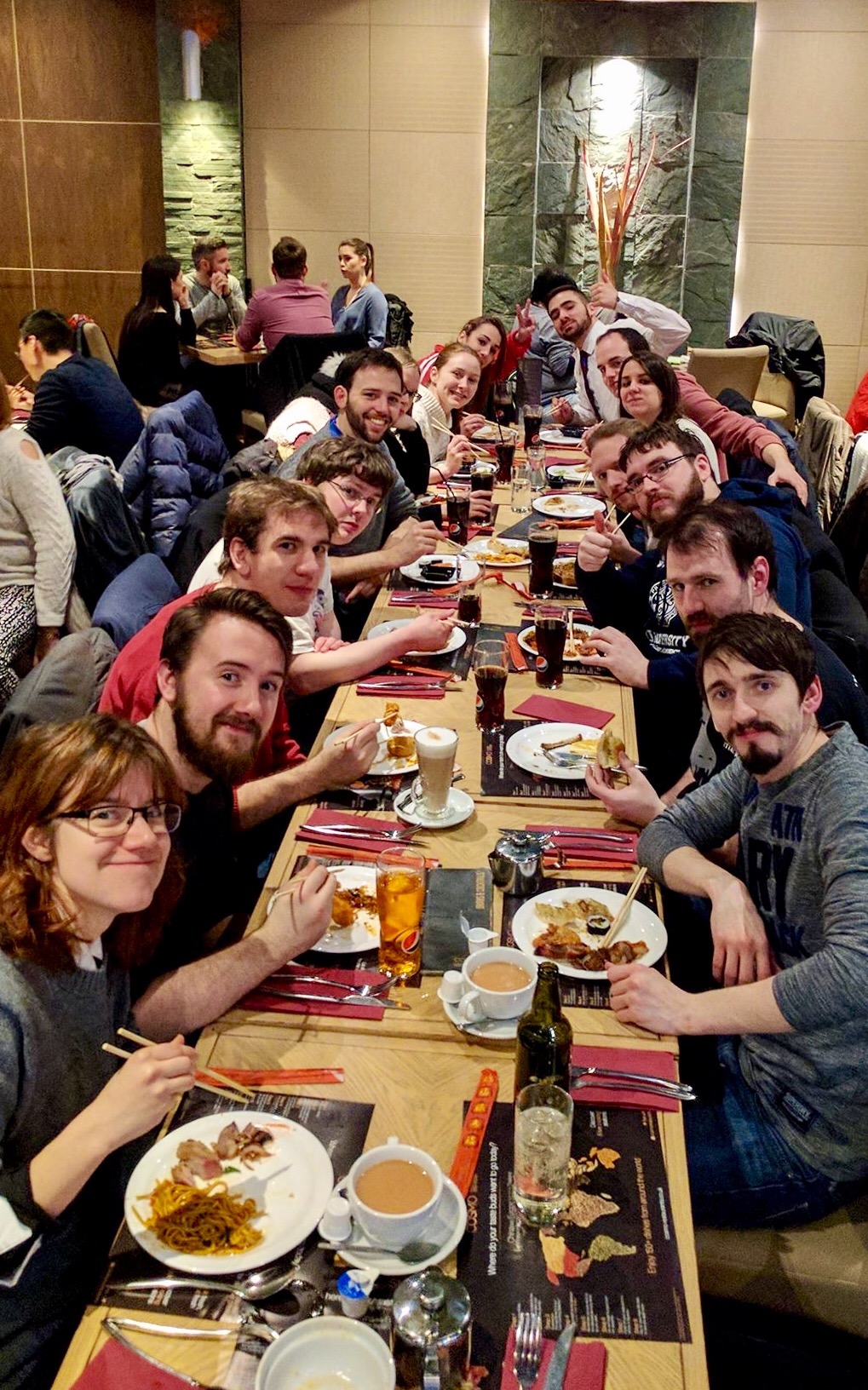 All in all an awesome weekend. Haidong!!