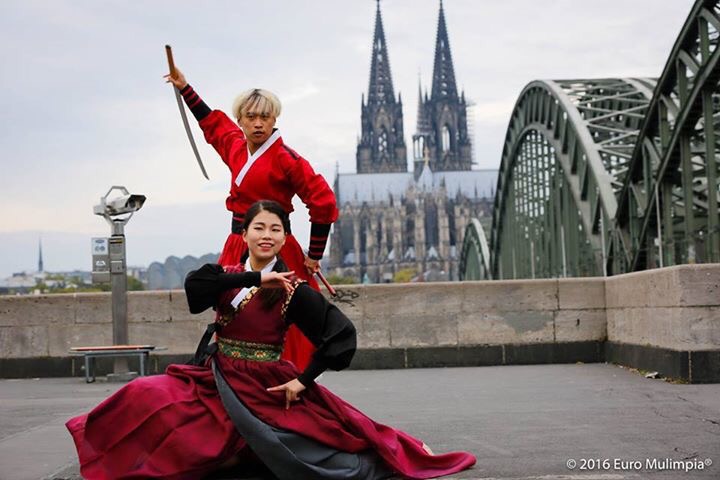 Recently the UK entered its first ever team into the European “Mulimpia”, an international martial arts competition based around the Korean sword art of Haidong Gumdo®. In an unprecedented performance the UK team surpassed all expectations by achieving 7 gold, 9 silver and 12 bronze medals, making a significant impact on all other countries competing at the event. 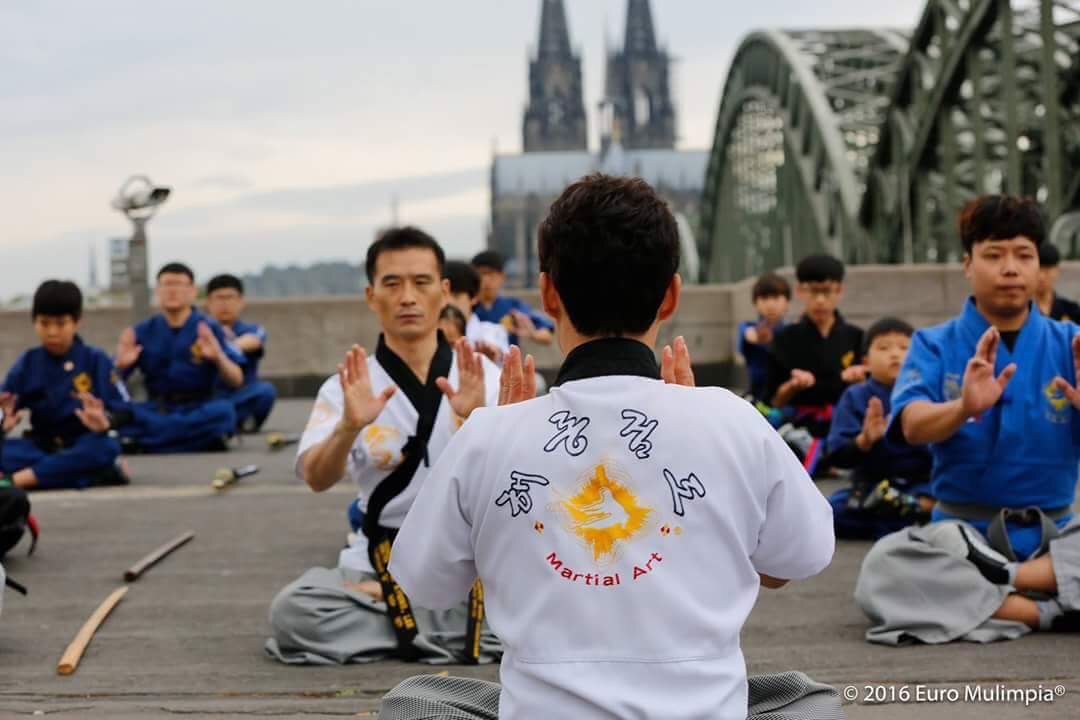 The competition consisted of over 900 students from 23 countries, training in the arts of Haidong Gumdo®, Tae Kwon Do, Hapkido, Kung Fu and Karate. Throughout the day representatives of each nation competed in advanced sword forms, accuracy in paper & bamboo cutting, one-on-one attack & defence routines and competition sparring. The event was overseen by Head Masters from across the globe, including World Haidong Gumdo® Federation President Jeong-Ho Kim, along with 1,500 spectators. 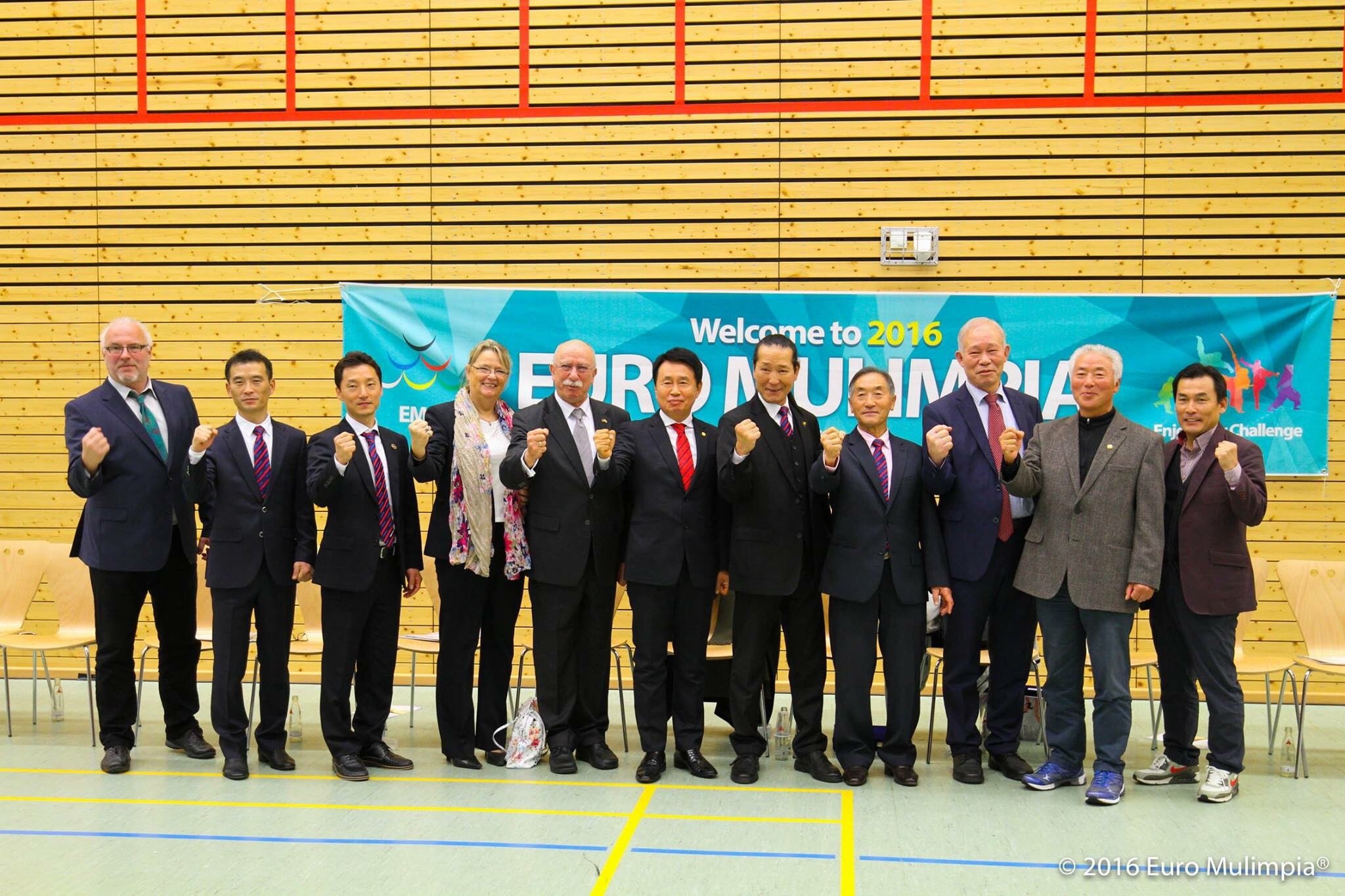 The UK Haidong Gumdo® Association (UKHGA) entered 14 competitors into the event, comprising 10 students from the UKHGA’s “Hwang Yong” school, based in Cheltenham, Gloucestershire and a further 4 from the organisation’s newest club “Hyun Mu”, based in Edinburgh, Scotland. UK Head Instructor Harry Limer said “this young UK team, ranging from just 10 to 50 years old, represented 2 years of hard work and preparation, where it was hoped the UK could compete at international standard. The goal was for all to gain vital experience and knowledge of competing at this level, anything more would be a bonus. To come away with gold medals was beyond belief but the icing on the cake was one of our competitors, Dawn Emmery, securing the UK’s first ever ‘Mulimpion’ award.” 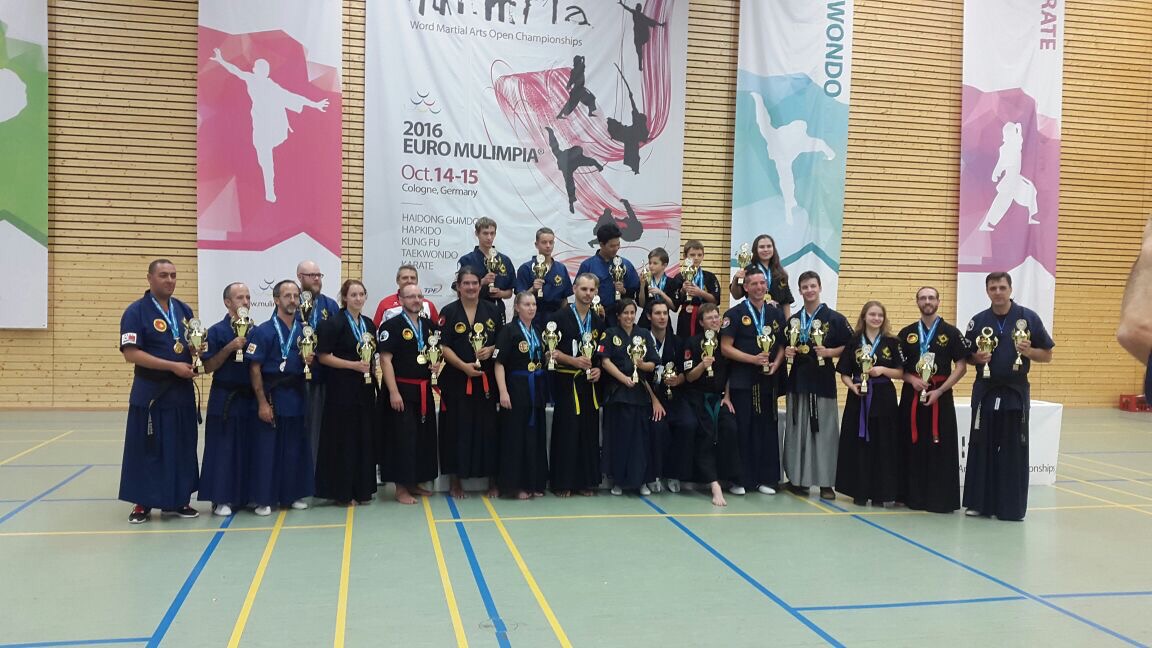 Anybody wishing to find out more about Haidong Gumdo® or interested in training can visit the UKHGA website (www.haidonggumdo.co.uk) or contact Head Instructor Harry Limer on info@haidonggumdo.co.uk. 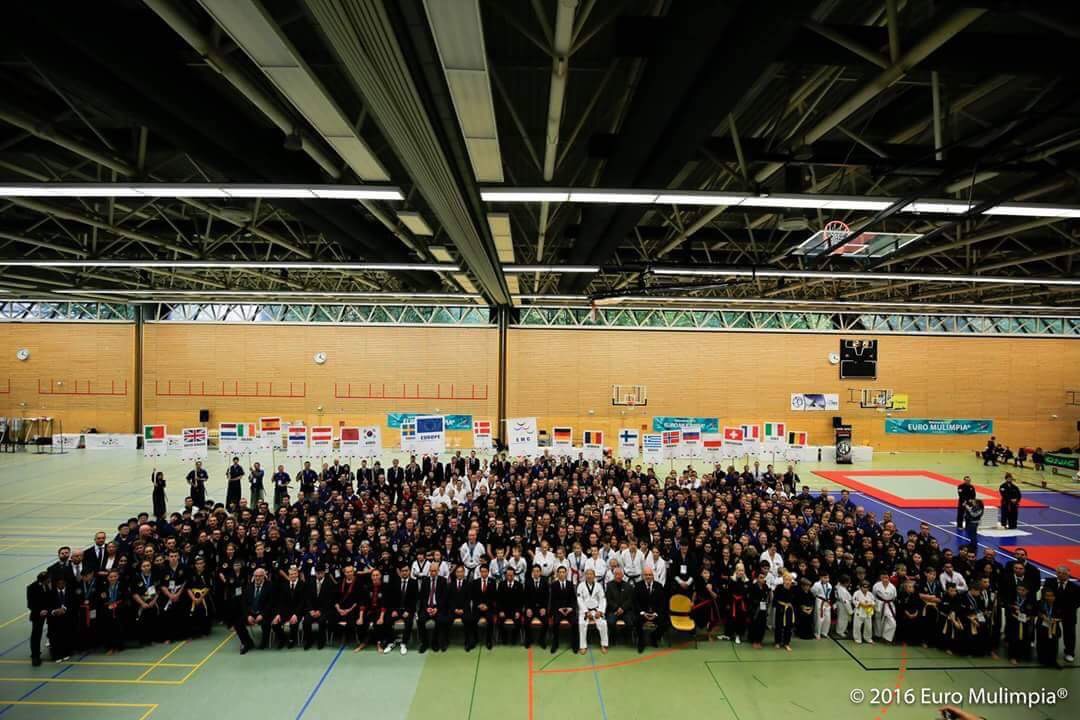